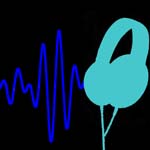 Abstract: Joyce described The Dead as a ghost story. The ghost of Michael Furey, who as Gretta says ‘died for me’ haunts the final scenes. But the story also echoes with the ghosts of Irish history and politics. Professor Kevin Whelan peels back the layers and references from the Battle of the Boyne, the 1798 rebellion, O’Connell’s Catholic Emancipation, Parnell’s Home Rule and the tension in early 20th Century Ireland between the emerging Gaelic Nationalist movement and the Catholic middle classes. Social historian Mary Daly places the story in its contemporary politics and illuminates what is going on behind the dance scene between Gabriel and Molly Ivors when her final retort is ‘West Briton’. We look at the physical landscape of the story and the map it draws from the Wellington Monument to the O’Connell statue and the tensions between east and west both for the characters and the country. What is Joyce telling us? The past is ever present in The Dead and the party itself takes on a wake like quality not just for a marriage but for a city as well. Dr Luca Crispi, working on the Joyce papers at the National Library, shows how the manuscripts illuminate how Joyce wrote.

Podcast 3 : The Dead; Looking East or West? is licensed under a Creative Commons Attribution-NonCommercial-NoDerivatives 4.0 International License.

Podcast 3 : The Dead; Looking East or West? is licensed under a Creative Commons Attribution-NonCommercial-NoDerivatives 4.0 International License.