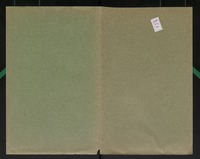 Ephemera from the War of Independence and the Civil War

Abstract: This volume contains one issue of Ná Bac Leis, a newspaper produced by the internees in the Ballykinlar internment camp in County Down in September 1921. It also includes newspapers produced by anti-treaty forces during the Civil War. These are three issues of The Fenian: War Issue covering the period July 1922, 13 issues of the Daily Sheet covering the period November 1923 to January 1924, two copies of Poblacht Na h-Eireann: War News, No. 2, from June 29th 1922 printed in different formats, along with copies of No. 3, No. 6 and part of No. 21, two issues of War News from 1940, one issue of The Republican War Bulletin, September 1922 and two issues of Strike Bulletin from May 1926. It also contains short ephemeral material such as a leaflet entitled To The Republicans of Louth dated August 1923, a leaflet entitled Manchester Martyrs Anniversary demonstration, November 1921, several typed issues of File of Morning Post from November 1920 and March, May and June 1921, 6 issues on typed pages of an item entitled An Extract from the Liverpool Daily Post from March, May and June 1921, a leaflet entitled Dáil Eireann [1920].

The Rights Statement for this resource is "In Copyright" <https://rightsstatements.org/vocab/InC/1.0/>

To use for commercial purposes, please contact the UCD Digital Library See: https://digital.ucd.ie/terms/